The small town of Muttville is haunted at night by a series of vicious murders.
Connor lives with his unstable mom and his best friend, a giant wolfdog named Hunter, who's unusually intelligent. Hunter is also very calm and very protective of Connor. But he starts to sense a darker side to his friend, and everyone in town begins to suspect Hunter, as the murder count rises every night. Oddly, all of the victims seem to be people who somehow crossed Connor.
And as the bloody traces start to lead back to Hunter, it draws the attention of the police. Soon Connor faces losing his best friend. But will Hunter let that happen?

This boy Connor has a wolf-dog named Hunter. She is loyal to a fault when it comes to her owner. Nobody knows who is murdering people in their town until one day the police come knocking on Connor's door. They think Hunter's the culprit but Nah. They are wrong.
Okay so I am kind of wondering does Connor seriously not know whodunnit? or is he just acting like he doesn't know? At any rate, this boy has some serious aggression issues (shiver me timbers) and his mother had better stop smoking before she kills Connor! Ugh!
Omg!

Can I just say these covers are fantastic!? Also, this short e-book is FREE.

Click on the image below to get 2 books for FREE! 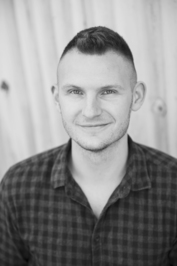 Nick Clausen lives in Denmark. He has been writing since the age of 18. He made a promise to type 1,000 words a day until his first book was published and has kept that promise 18 months and 13 manuscripts later. He has written and published +25 books and has lived as a full-time writer since 2017. Has started to translate his books into English in 2019. He prefers horror, suspense and sci-fi. He likes dogs more than cats.